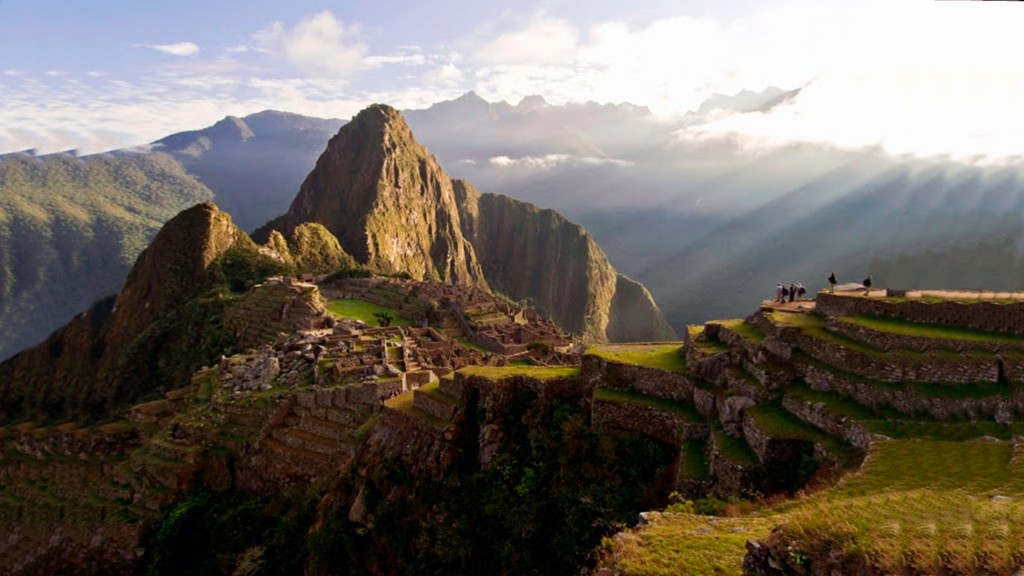 The Inca civilization began as a tribe in the Cuzco area, where the legendary first Sapa Inca, Manco Capac founded the Kingdom of Cuzco around 1200. Under the leadership of the descendants of Manco Capac, the Inca state grew to absorb other Andean communities. In 1442, the Incas began a far-reaching expansion under the command of Patchacuti. He founded the Inca Empire (Tawantinsuyu), which became the largest empire in pre-Columbian America.[1]
The empire was split by a civil war to decide who would be Inca king.The problem was that Huascar was a direct son of the Inca King and the Inca Queen and Atahualpa was a son of one of the concubines of the Inca King and his large family it is believed that one of the brothers was from the Norht part of the Empire(Quito,Ecuador) and the other from Cuzco as they were part of the family of their mothers), which pitted the brothers Huascar and Atahualpa against each other. In 1533, Spanish Conquistadores led by Francisco Pizarro, took advantage of this situation and conquered much of the existing Inca territory.[2] In succeeding years, the invaders consolidated power over the whole Andean region, repressing successive Inca resistance and culminating in the establishment of the Viceroyalty of Perú in 1542. The militant phase of Inca liberation movements ended with the fall of resistance in Vilcabamba during 1573. Though indigenous sovereignty was lost, Inca cultural traditions remain strong among surviving indigenous descendants such as the Quechuas and Aymara people.

The Inca Civilization, the Great Empire:These people were descendants of the Sun in the Cuzco area, where the legendary first Sapa Inca, Manco Capac, founded the Kingdom of Cuzco around 1200. Under the leadership of the descendants of Manco Capac, the Inca state grew to absorb other Andean communities. In 1442, under the command of Patchacutec, who founded the Inca Empire “Tawantinsuyu”, the Incas began a far-reaching expansion, which became the largest empire in pre-Columbian America.

We begin our journey taking the scenic train to Machu Picchu in the morning from Cusco Poroy with incredible views of the high plateau of Anta and the gorge of the Urubamba River with the Urubamba mountain range and some snow peaks along the way. The Apu Mountain of Veronica rises to 5700 meters and is breath-taking in its majesty! We will see some archeological sites from the Inca times such as the fortress of Ollantaytambo and two different ecosystems, both the grasslands and the Andean scrub bush vegetation. The train ride is about 3 hours 45 minutes passing through villages and beautiful landscapes. Once we arrive in the town of Aguas Calientes we go to the hotel to drop our bags and then we go up to Machu Picchu by bus, a 25-minute ride. In the archaeological site, we will tour and explore the Inca Citadel for two hours, discovering the sacred place, which, according to John Rowe, was built by the 9th Inca, Pachacutec 1438-1471, during the great expansion of the Inca Empire. The site was probably his palace and also a city with military, astronomical and religious significance that also had experimental fields because of the proximity of two different ecosystems, natural resources and coca plantations. Evidence has been found and studied to support this theory of the sacred city.

Machu Picchu is situated at the beginning, or “eye brow”, of the cloud forest. This allowed access to different altitudes, each with unique ecological conditions. The crops found at Machu Picchu include different varieties of corn, chilies, quinoa, tomatoes, trees, potatoes, suggesting that this was a good place to acclimate and domesticate species from the high and low jungles that later would be successfully introduced into the hanging valleys and elsewhere.

This small valley was suitable for the building of temples and astronomical observatories places,palaces,plazas, streets, utilitarian and functional buildings,

By analysis of soil, seeds, wood, and bones, Carbon Dating situates Incas in the area during the mid-1400s to mid-1500s. Machu Picchu was built by the Inca number nine who named it “Pachacutek” or “Cusi Yupanqui”. Throughout the site, there is fine masonry and beautiful stonework, all of which is done without mortar. Construction used outside sources for laborers and two large granite quarries nearby. It is believed that the site was occupied by royalty and dignitaries, and that it was visited by the Inca and his entourage or royal court. Even though it was never quite completed, local scholars and historians believe that within a mere 100 years Machu Picchu was built, inhabited, and abandoned.

Several roads connect to bring pilgrims and essential supplies to Machu Picchu, the site of temples and astronomical observatories dedicated to the sun, moon, stars, the universe, the mother earth “Pachamama” and the creator “Wiracocha”.

After the tour we have lunch in the café we have the option of hiking a portion of the original Inca trail for about 2 hours, to The Gate of the Sun. There will be great views of Machu Picchu and the opportunity to see some of the local flora and fauna in the cloud forest. Late afternoon we will come back to the town of Aguas Calientes either for hot showers at the hotel or go to the local hot springs.

Depending on the weather and the conditions, we have the option to go up to the Citadel early, at about 5:30 AM, to watch the sunrise in Machu Picchu. After that beautiful moment we can go up to Huayna Picchu Mountain on a hike of about 2 hours and 30 minutes, or take the Sun Gate Inca trail, which is about 2 hours and 30 minutes, or choose another hiking trail for 2 to 3 hours up the Machu Picchu mountain. When we get back, we have time to relax and contemplate or take time to energize, exercise or meditate. In the early afternoon we will return to the town for lunch at the local restaurant, then walk to the train station through a local market for shopping. We return to Cusco by train, arriving around 7 PM.

We can recommend the best and more comfortable hotels or we can take care of the reservations for you.

For adjusting to tour altitude, we suggest one day tours like the Sacred Valley hike,one day River Rafting before the Apurímac River and the City Tour of Cusco hike. As Guides we offer 100% Gauranteed Information, for your sensibilities – about the best specific hotel rooms and services around Peru, like extra windows and other amenities.

This is a list designed to advise you what equipment is appropriate to bring according to the weather conditions predominating at the time of your trip:

Jeans and other pants are good as well.as well any clothes that cover the request of being water proof or resistance to water or cold are fine as long they are resistance to the conditions are fine. 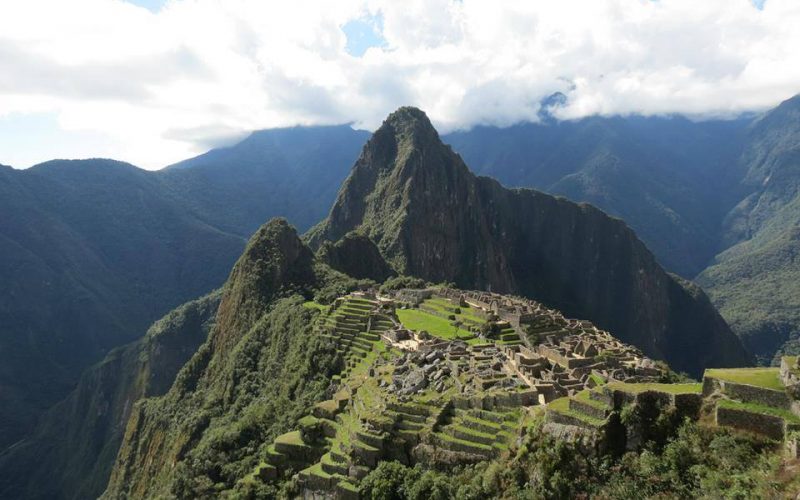 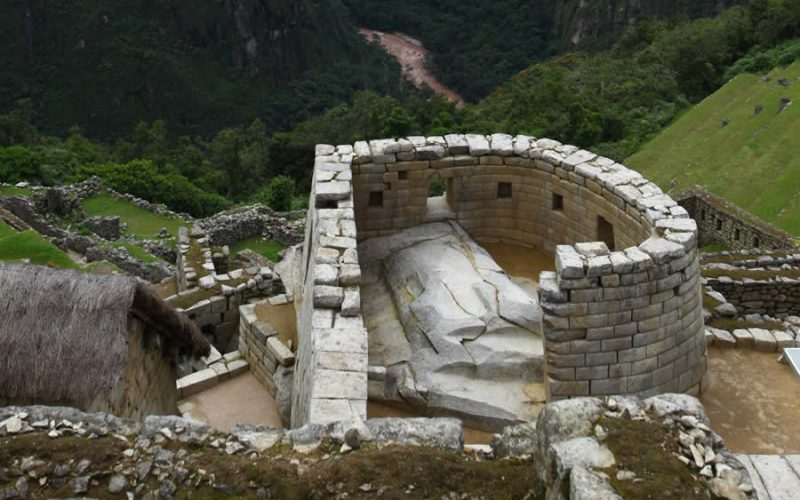 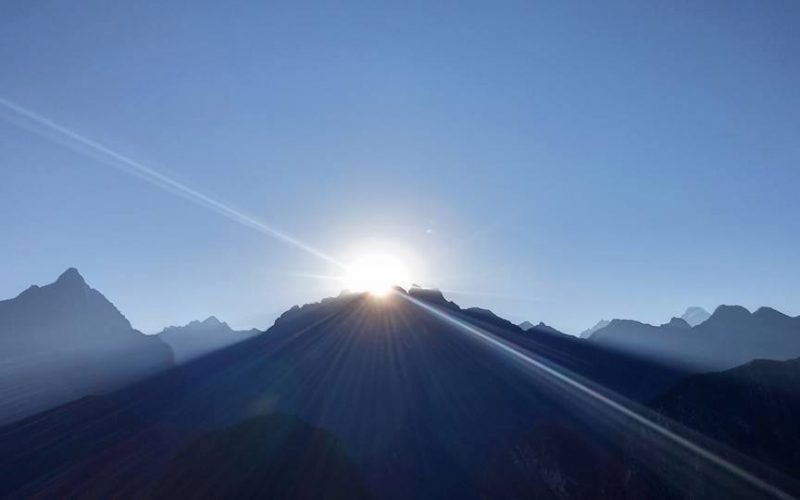 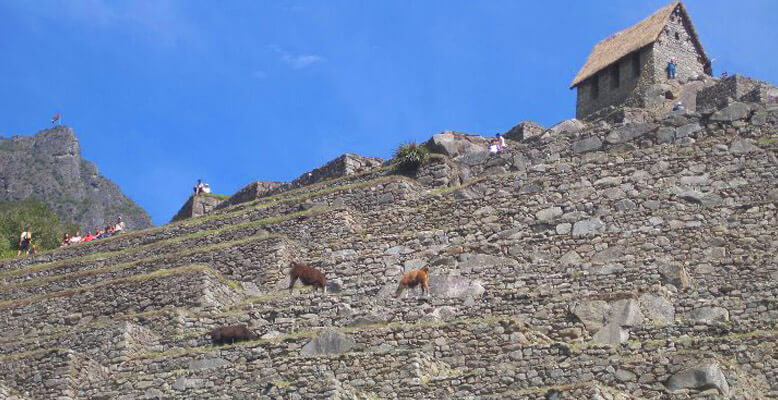 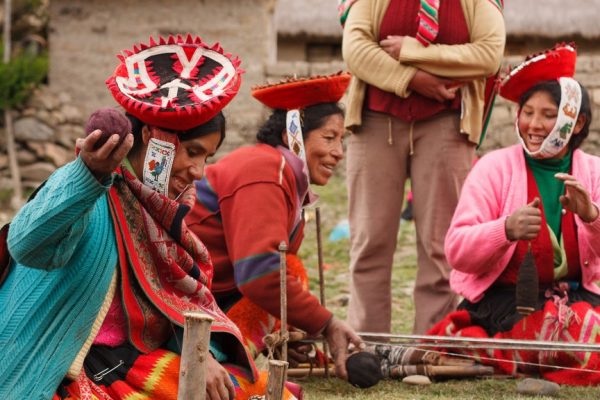