Inka trail is the best way to see Machu Picchu trough two days hike.You also ride the train through the Urubamba gorge with incredible views of the cloud forest. Also you hike part of this original Inca trail and tour Machu picchu.great opportunities to see some flora and fauna of this pristine ecosystem.

Note: For adjusting to tour altitude, we suggest one day tours like the Sacred Valley, River Rafting and the City Tour of Cusco. As Guides we offer 100% Gauranteed Information, for your sensibilities – about the best specific hotel rooms and services around Peru, like extra windows and other amenities.

The Inca road system called Capac Ñan (beautiful road or Great Inca road) it was the most extensive and complex ancient system in the new world. It is believed that this main road built it by the Incas was the main net work system that connected the four cardinal points in this part of the world. This sacred road was also part of the Inca empire high way of the Tawantinsuyo( the empire of the four corners).Chinchaysuyo(the north region,Contisuyo( the south region),Collasuyo (the west region) and then the Antisuyo( the east region )ending in the jungles of the unexplored Amazon

It use to run from south to north and from west to the east parts of the Andes with several primary and secondary roads that were connecting several sacred places, Inca cities, shires and administrative places as well military stations.All of them with great scale, beauty and functions, providing also all kind of sources for the people, helping the redistribution and spreading around the messages of the Incas, carried by Inca runners who where coming from the capital Cusco. The Capac ñan was a great web and work system with all the communication well organize with imperials and government messages and member in duty, used by the Inca people .In this way the Incas achieve a well organize empire and only with one language, one religion and one culture ,The Inca culture.
The Capac ñan covered a distance of over 40 thousand kilometers of primary and secundary roads made it by the Incas or added to their sistem from preInca civilizations and over 3000 kilometers long in a territory filled with one of the longest mountain range called the Andes over 9000 kilometers long, one of the densest jungle in the world the Amazon and one of the dries places in the world the dessert of Peru and Atacama. With elevations in between 100 to 5000 mts providing access to different ecosystem and territory estimates in over 5,000,000 square kilometers of territory, where the Incas built and crossed mountains valleys rivers and glaciers. The main road of the Incas was also beginning in the great capital of the Inca empire Cusco or Qosqo (navel of the world).According with the evidence found in this capital .There was the four main roads beginning in the sacred plaza of Aukaipata in the heart of the Inca capital city and used to go to the four directions of the empire ending in the places like the jungle and the high plateau of the Andes. Others covering valleys and then deserts ending close to the ocean.

It went in to places like Ecuador and Colombia in the north .as well to places like Bolivia, Argentina and the deserts of Atacama in between Peru and Chile. To access to those Inca roads it was mandatory to get permissions because many of f those Inca roads were used by members of the high classes and soldiers as well many representers of the government in duty. In some bridges taxes where charged as well many messagers were running through stations to deliver the messages that were connecting the different places.

The most spectacular and scenery road is found near Cusco that connects some sacred cities like Machu picchu, Choquequirao, Vilcabamba, Vitcos, Espiritu pampa.as well Sacred mountains called Apus like the Mythic Ausangante (6384 mts) and the Salcantay (6221mts).Finally some of those Inca trails are connecting communities in the area of Lares and the sacred valley ending some of the in the jungles of the department of Cusco.

We start day one with a morning train to kilometer 104 of the rail line, passing by snowcapped mountains, diverse ecosystems, and ancient ruins along the way. The train will depart from Cusco or ollantaytambo station in the early morning and arrive at a trailhead in Chachabamba(2,100 meters) by mid -morning. Here, we’ll start our hike towards the archaeological site of Wiñay Wayna (2,710 meters), which will take approximately 2 ½ hours total. Once in Wiñay Wayna(named after the local orchest), we will stop for a picnic lunch and a brief tour. After lunch, we’ll begin our descent into the city of Machu Picchu (2,450meters). Enjoy the beautiful scenery and unparalleled view of the Urubamba mountain range as we pass through the mystical cloud forest. It’s in this subtropical forest that you will see endless species of plants, including the forever young orchest (Epidendrum secundum), the Bamboo orchest(Sobralia dicotoma), and much more. The diversity doesn’t end here. Take inall the sights and sounds of the Inca wren (Thryothorus eisenmanni), sparkling violet ear (Colibri coruscans), and maybe even the famed Andean Condor. To better appreciate all this area has to offer, we’ll stop at the Sun gate (Intipunku) entrance before our final descent. Here, we’ll snap some photos of the beautiful granite mountains known as the Bartolite of Vilcabamba (volcanic formation), along with the city of Machu Picchu below. As we make our way down, we’ll break at several more lookout points for additional photo opportunities. By the time we arrive at Machu Picchu, so be prepared for a much needed rest!From here, we’ll take a bus into Aguas Calientes (about 25 minutes away), where we’ll settle in at a hotel for a good shower, hot meal, and maybe an evening dip in the hot springs.

Today, we’re up at the crack of dawn to see the sunrise from Machu Picchu (weather permitting). After a quick breakfast, we’ll catch the bus for a 25-minute ride to the actual city of Machu Picchu. We’ll start with a two-hour tour of the city,

Machu Picchu is situated at the beginning, or “eye brow”, of the cloud forest. This allowed access to different altitudes, each with unique ecological conditions. The crops found at Machu Picchu include different varieties of corn, chilies, quinoa, tomatoes, trees, potatoes, suggesting that this was a good place to acclimate and domesticate species from the high and low jungles that later would be successfully introduced into the hanging valleys and elsewhere.

This small valley was suitable for the building of temples and astronomical observatories,plazas, streets, utilitarian and functional buildings,

By analysis of soil, seeds, wood, and bones, Carbon Dating situates Incas in the area during the mid-1400s to mid-1500s. Machu Picchu was built by the Inca number 9 who named it “Pachacutek” or “Cusi Yupanqui”. Throughout the site, there is fine masonry and beautiful stonework, all of which is done without mortar. Construction used outside sources for laborers and two large granite quarries nearby. It is believed that the site was occupied by royalty and dignitaries, and that it was visited by the Inca and his entourage or royal court. Even though it was never quite completed, local scholars and historians believe that within a mere 100 years Machu Picchu was built, inhabited, and abandoned.

Several roads connect to bring pilgrims and essential supplies to Machu Picchu, the site of temples and astronomical observatories dedicated to the sun, moon, stars, the universe, the mother earth “Pachamama” and the creator “Wiracocha”.

After which you’ll be free to relax or hike one of the mountains in the area, Machu Picchu or Huayna Picchu (about 2 to 3 hours).If you decide to hike, you will gain a whole new perspective on the Citadel and its rich biodiversity;definitely an experience you won’t forget! Afterwards, we’ll have lunch in town and visit the local market. Then, in the afternoon we’ll complete our trip with a train ride back to Cusco.

We Provide and Include: Itinerary transport roundtrip from Cusco-Licensed, Bilingual, history and naturalist Tour Guides-All Itinerary Meals, including vegetarian & snacks, Safety orientation and Equipment for optional activities-First Aid kit and Oxygen-Tour specific , Meals-Ecological, toilets-All Entrance Tickets-Bus up and down for Machu Picchu-Pre-purchased Return Train connections to Cusco.optional hikes in Machu picchu and Huayna picchu mountains and the Intipunku Inca trail.

We can recommend the best and more comfortable hotels or we can take care of the reservations for you.

For adjusting to tour altitude, we suggest one day tours like the Sacred Valley hike,one day River Rafting before the Apurímac River and the City Tour of Cusco hike. As Guides we offer 100% Gauranteed Information, for your sensibilities – about the best specific hotel rooms and services around Peru, like extra windows and other amenities.

This is a list designed to advise you what equipment is appropriate to bring according to the weather conditions predominating at the time of your trip:

Jeans and other pants are good as well.as well any clothes that cover the request of being water proof or resistance to water or cold are fine as long they are resistance to the conditions are fine. 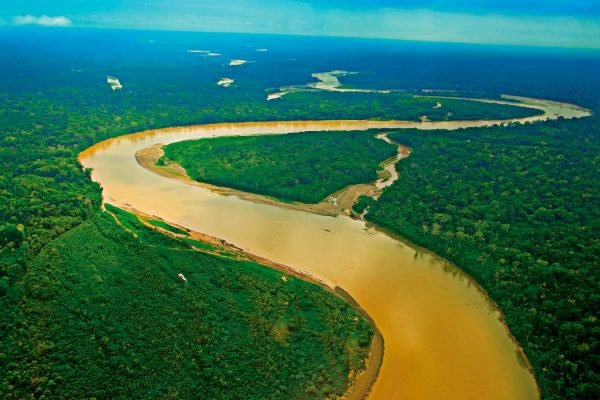